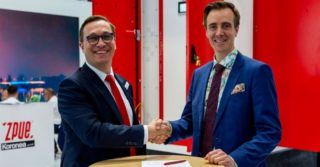 Within 25 years, the company has grown from a two-man company TransVac producing transformers for vacuum furnaces to a global presense with offices in China, India, the United States, Germany, Russia, Brazil and France.

Over 3.5 thousand implemented solutions and further innovations developed by a team of SECO/WARWICK specialists are also good reasons to celebrate. The company is entering the following quarter of a century of its activity with new ideas such as UniCaseMaster technology and solutions for graphene production. So the next busy years are ahead.

The Polish company SECO/WARWICK Europe is today about 500 people who, together with service and sales companies in Germany, France, Russia, Belarus and a new economic entity – SECO / WARWICK Services (SWS) – are responsible for business on the European market . The largest group of employees is concentrated in Świebodzin, Paweł Wyrzykowski, president of the group, told us.

Most of the nearly 500-person team are qualified engineers, specialists in the field of automation and robotics, metallurgy, materials science, machine construction, electronics and electrical engineering. SECO/WARWICK is a supplier of industrial equipment and devices for metal heat treatment. The company’s activity includes the production of five main groups of products: vacuum furnaces, aluminum heat exchanger brazing lines, aluminum heat treatment lines, atmosphere furnaces and melting furnaces. SECO/WARWICK products are sold to 70 countries, and the main recipients are companies from the following industries: automotive, aviation, energy, machinery, tooling and aluminum metallurgy, including the most famous global concerns.

“We provide equipment and technologies to leading companies in the automotive, aviation and energy industries,” explains Paweł Wyrzykowski, president of the SECO/WARWICK group. – On our devices companies manufacture, among others: control systems, heat exchangers, bearings, gears, aircraft landing systems, turbines and blades of aircraft engines. Today we can confidently say that the quality and continuous progress in the technologies of thermochemical processes in metallurgy allow us to achieve higher and higher technical parameters in modern airplanes and cars ”.

When asked about the largest contract, the president recalled the one signed in 2015 with a French metallurgical company: “The company is building the first European recycling and refining plant for titanium alloys for aerospace applications. For this client, we create solutions that will make this unit a European source of titanium – a strategic material for aviation applications as an alternative to American and Russian sources. Almost all the equipment of this newly built factory is manufactured in our plant in Świebodzin ”.

Innovation as a path to success

In 2015, the Polish daily “Rzeczpospolita” placed SECO / WARWICK among the ten most innovative Polish companies. The company ranks first in the ranking of innovative companies from the Lubuskie Voivodeship. Innovation is possible thanks to, among others, expenditure on research and development (PLN 14.232 million in 2014) and a high level of employment in the R&D department.

The number of implemented innovations certainly distinguishes the company from the competition. As the president of SECO/WARWICK says: “The company does not compete with prices, but with the latest heat treatment technologies, hence significant investments in research and development and new technologies. This brings a measurable effect in the form of a competitive advantage in the demanding markets in which we compete. An example of new solutions is the metallurgical atomization technology, which allows the production of non-ferrous metal powders. ”

Last year, we introduced the UniCaseMaster to the market, which will certainly change car technology

UniCase Master (UCM) is to be a challenge to the so far known technologies and devices for mass production. Traditional surface hardening of steel parts by carburizing is the most commonly used heat treatment technology, used in the mass production of drive elements such as: gears, shafts, rings, bearings, etc. This technological process improves surface hardness and wear resistance, while maintaining a plastic core, which is the most important feature of traffic transfer elements.

Traditional surface hardening is a process characterized by low precision and accuracy, leading to a large dispersion of the results of the process and significant deformation. Therefore, tradition must fight with the latest requirements and standards in the field of quality, production and environmental protection. This is where a new approach to the process of continuous heat treatment of gears, bearing rings, ie UCM, which ensures high precision and repeatability of results thanks to the serial processing of single parts (single-piece flow), comes in handy ”- explains Paweł Wyrzykowski.

– UniCase Master minimizes troublesome hardening deformations thanks to the use of a chamber designed for single details, equipped with an omnidirectional gas cooling system with a simultaneous part rotation – 4D Quenching. With traditional machining methods, parts experience unpredictable hardening deformations that must be corrected. In the UniCase Master solution, each part not only follows the same path, but also – importantly – is treated individually. 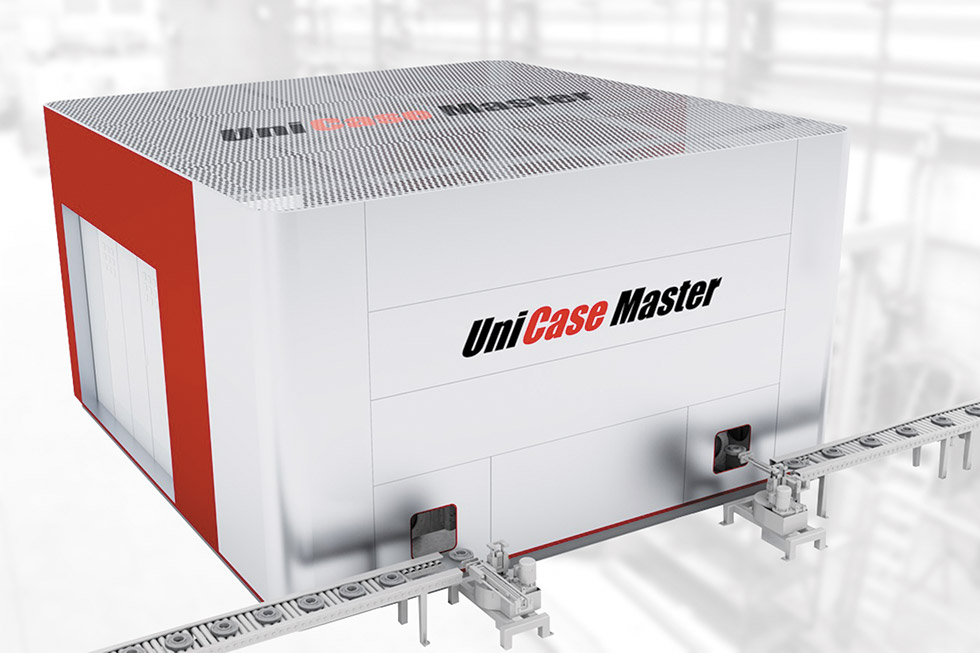 This solution was created for modern, mass production of parts in continuous (in-line), automated production, with one-element flow. Therefore, it will prove itself in the automotive industry, where repeatability of processes is important.

Recently, the company has started working on graphene that can be used in many industries. In cooperation with the Lodz University of Technology, as part of the national program to support development and research on the use of graphene, he is implementing a project called “Graphene nano-composite for reverse hydrogen storage” (GRAPH ROLL). She presented its assumptions at the recently held Graphene Week in Warsaw – an annual conference organized by the Institute of Electronic Materials Technology in cooperation with the University of Warsaw, which aims to develop scientific research on the use of graphene and other two-dimensional materials in various areas of life. As part of the GRAPH ROLL project, SECO/WARWICK developed, designed and created a prototype technological line for the production of graphene. Based on the research, the Lodz University of Technology concluded that the graphene obtained with theSECO/WARWICK SuperCarb solution is a product with properties close to the theoretical ones, which significantly extends its spectrum of applications so far.

As we learned from President Wyrzykowski, the technology of producing functional GRAPH ROLL nanocomposite material is expected to revolutionize the automotive industry in the near future. This material makes it possible to safely store large amounts of hydrogen used to power experimental cars of the future. The problem that scientists have been trying to deal with for years is its safe and practical storage in the car’s tank.

The technology developed by professor Piotr Kula from the Lodz University of Technology, who has been studying the use of hydrogen as a fuel since the early 1970s, and the advanced technologies of SECO / WARWICK heat treatment processes have resulted in the creation of a form of graphene unparalleled anywhere else in the world, allowing for the safe storage and use of hydrogen in a special container consisting of thin layers of graphene – explains Paweł Wyrzykowski.

Graphene development occurs in two directions. On the one hand, scientists are outdoing each other in attempts to implement it in various fields of medicine, industry and science. On the other hand, production companies are trying to create technologies that simplify and reduce the costs of its production. SECO/WARWICK managed not only to reduce costs thanks to the use of the latest heat treatment technologies, but also to create a new quality of graphene, unavailable anywhere in the world.

Graphene produced with the use of SECO/WARWICK devices can be used in industries such as electronics, energy and photovoltaics in a few years

The R&D department of SECO/WARWICK includes not only technological tests and a metallographic laboratory, but also supporting design using specialized computer software. The new office space will be used, inter alia, for computer simulations using the ANSYS application, which is based on the finite element method (FEM). Thanks to the ANSYS program, it is possible to model the distribution of temperatures, flow velocities, pressures, as well as stress and strain distributions, etc. Numerical analyzes significantly shorten the design time and reduce its costs. They are an excellent tool enabling the development and optimization of the company’s devices design without the need to build expensive, complicated physical models. The use of CFX and Mechanical modules significantly extends the range of research possibilities of the SECO/WARWICK R&D department.

The company's 25 years of existence at a glance
The beginnings of SECO/WARWICK date back to the middle of 1991, when Andrzej Zawistowski, currently one of the main shareholders and chairman of the supervisory board of the company, and by 2007 its president, together with a colleague founded the TransVac company in Świebodzin, which produces transformers for vacuum furnaces. Previously, the engineers gained experience in the Elterma company, which was acquired in 2002 and joined the SECO/WARWICK capital group. In 1991, Americans looking for partners in Central Europe signed up for cooperation and this is how a joint venture was created (each party had 50% of shares), which started its adventure with global operations for good.

In 2002, the intellectual property rights to the technology of brazing aluminum heat exchangers for cars were also acquired from the British company Camlaw. The next steps in the group’s development were the acquisition of the American company SECO/WARWICK, debut on the WSE in 2007 and further acquisitions: acquisition of 50% of shares in another American entity – Retech – establishment of a joint venture in India in 2008, and in 2010 – in China. In 2013, SECO/WARWICK acquired a company in Brazil, which completed the global shape of the group. 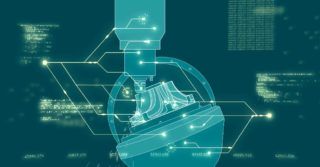 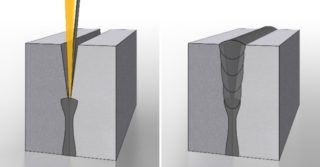 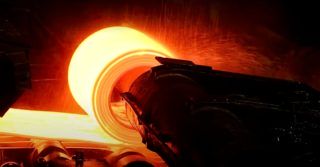 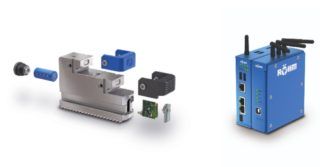 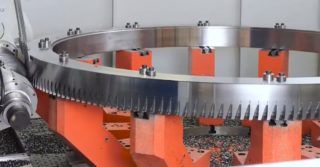 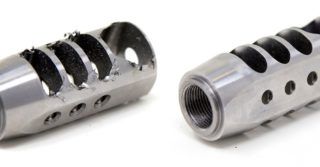 How To Remove Burrs and Sharp Edge On Precision Machining Parts