The development of a world-first underwater robot which can repair a damaged ship’s hull using pioneering friction stir welding technology is at an advanced stage after a concept design for the system was finalised.

In a project funded by the European Commission, 13 project partners from nine countries are currently collaborating on a scheme which will result in the creation of a working machine with the potential, with further development, to allow a hull of a ship to be repaired at sea, removing the costly requirement for it to travel to the nearest dry dock.

The innovative RESURGAM (Robotic Survey, Repair and Agile Manufacture) Project will allow a responsive repair to be carried out, from a remote distance, anywhere in the world, and will save industry a substantial amount of time and money as well as making it safer by taking away the need for specialist divers to work in often hazardous conditions.

A team of engineering experts at UK company Forth was appointed as the technical managers of the project due to the company’s 20 years of experience in working in hazardous environments and previous experience of building bespoke friction stir welding tools, such as the recent development of the FSWBot machine – an innovation robotic crawler devised for internal repair and refurbishment of oil pipelines.

The team has successfully completed a Functional Means Analysis to establish all functions of the new tool, and carried out a full optioneering process to decide on the concept model.

A first concept design for both the welding head and frame mechanics has also been completed, and it will be developed in the coming months.

Chris Downham, Forth’s operations manager, said: “The RESURGAM Project is such an exciting initiative to be involved with and having so much input from companies from across Europe shows the true power of collaboration with each representative bringing a unique set of skills to the project.

“Being involved as the technical manager of the project is a huge feather in the cap for Forth and it is proof of how advanced we are becoming as a company by being invited to share our expertise on such a groundbreaking innovation.

“We are thrilled to have reached a major milestone in completing the concept design and our team of extremely talented engineers look forward to taking the project to the next level as we play a key role in developing this innovative technology which will significantly boost the industry.”

The challenge for Forth is to design a bespoke friction stir welding tool which can be mounted to the side of a ship’s hull and can conduct a friction stir weld, underwater in a vertical plane, between a repair patch and the defective area of the hull.

One of the biggest obstacles to overcome is securing the machine to the hull. The team has designed a circular track frame to hold the weld head which will be secured to the hull via a frame using four R1000 electromagnets which each need to produce 7.5 tonnes of force and enable the weld head the required Z-axis force to continue to weld.

The system will be tested in the company’s Deep Test Pond, one of the largest facilities of its kind in the UK as it measures 22.5 metres long, 10 meters wide and six metres wide – holding up to 1.2 million litres of water.

Now a concept design has been completed, Forth’s engineers will now start a detailed design programme using analysis from the design risk assessment to explore the functions the robot requires and to also identify early design and functional complications.

On completion of this process, the design will be reviewed for a final time to progress the project on to the final stages, which include the manufacturing of the system for use on active ships. 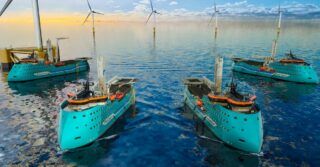 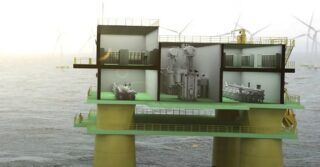 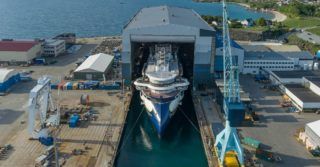 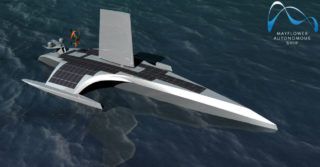 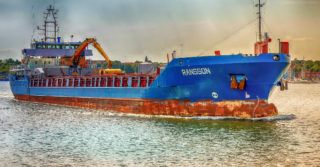 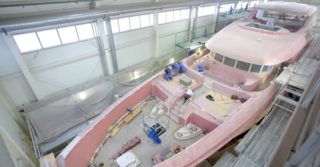