The best-selling ŠKODA OCTAVIA is produced on the assembly line in hall M13 at the ŠKODA plant in Mladá Boleslav, as is the ŠKODA ENYAQ iV electric SUV. Every minute of downtime on this line means losses in the form of unproduced cars.

According to the manufacturer, predictive maintenance is one of the pillars of the strategy at ŠKODA’s plants until 2025. The implementation of the technology in the factory is used to monitor the condition and detect faults on the beams of the suspended line along which the cars are transported. In addition, the system also checks the cabling. The line is almost a kilometer long and there is a vehicle leaving it every 54 seconds.

Artificial intelligence is a key part of the software. Six cameras are mounted on the frame on which the vehicle is suspended, monitoring the condition of individual elements. There is also a seventh camera, which is used to read QR codes, which the system uses to determine where the scanning device is located. The cameras are directly connected to a computer in which ten artificial neural networks carry out a parallel analysis of the collected photos.

Before the MAGIC EYE system could be put into practice, neural networks had to be taught to recognize defects. It took about three months of work and thousands of different photos. “We used photos taken during the test, but we also had to use an advanced mathematical modeling method to model some defects in the virtual environment,” says Libor Šída, who developed the design in Hall M13. Modeling was necessary because some of the possible errors are very rare in practice and are so serious that learning them from real life would be a complication for the lineage. “A broken beam, for example, is a fault that cannot, in principle, occur in practice,” explains Šída.

MAGIC EYE neural networks can recognize a total of 14 types of defects. “We can detect several classes for each defect. Think of it as the difference between a bolt that is either not tightened properly or is completely cut off. In total, the system can detect about a hundred of these different conditions, ”says Šída. One special type of artificial neural network, known as an autocoder, also helps in the analysis. “This solution is used to detect defects that we have not yet encountered and therefore we have not been able to simulate,” he adds. It may be some foreign object, such as metal chips in the track.

MAGIC EYE constantly monitors the condition of the production line in the M13 hall. During one lap of the line, cameras collect approximately 450 000 photos, which are instantly analyzed and the results sent to the cloud via the company’s Wi-Fi network.

If the system detects an abnormality, it will alert the maintenance technician, who can check in the application whether it is an actual fault or a false alarm. Then he can plan the next steps accordingly – order immediate corrective actions or possibly schedule repair work in one of the scheduled downtime periods if the problem is not yet serious.

ŠKODA plans to implement MAGIC EYE in other plants as well, not only in purely production plants, and the entire Volkswagen Group is interested in this technology. ŠKODA has also filed a patent application for MAGIC EYE.

Take a look at how it works! 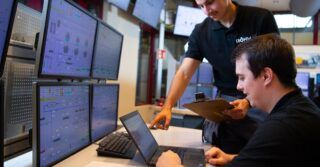 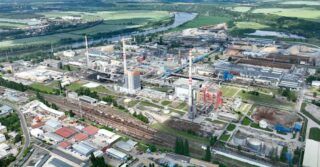 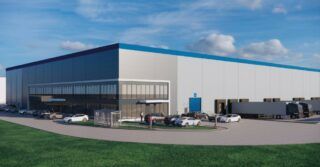