AC SA, a Białystok-based company, is known mainly for the production and assembly of LPG installations. The scope of activities, however, is much wider, and the stable position results, among others, from from expansion to other countries and continents.

The main activity of AC SA is the production of modern alternative fuel supply systems for vehicles under its own brand STAG. It is no secret to anyone that both LPG (propane-butane) and CNG (methane) are a significantly cheaper alternative to conventional fuels (50% lower costs) and are more beneficial for the environment, as the burned gas emits much less pollutants than petrol. or diesel. In 1999, the company introduced older generation autogas systems to the market for the first time. In turn, since 2004, the offer includes sequential systems that are constantly modernized and developed. AC SA also places emphasis on development activities through the comprehensive implementation of new products, from the idea and development of own solutions, obtaining international certificates and approvals, to production, sales and technical support for customers in everyday activities.

Currently, AC is the largest company in the gas installation segment in Poland, with over 50 percent. market share. It is one of the four most important manufacturers of complete installations in the world. Over 4 million cars around the globe – including over 1 million in Poland – were equipped with the STAG system from production plants in Białystok.

The AC company also constructs and produces sets of electronics and harnesses for towbars (over 1,200 different models), mainly for the demanding markets of Germany and Western Europe. It is over 20 years of constantly developing cooperation. For over a year, harnesses for electric cars have been produced for the German market, and this year the production of electronics for American ATVs has started.

“We are a leader on the Polish market and a significant player on foreign markets. Export accounts for approximately 60% of our turnover. We have innovation in our DNA. The company creates many innovative solutions that set the direction of the industry’s development, both in terms of products and methods of sales and marketing. Our goal is to achieve compatibility of STAG systems with all commonly used engine solutions. We try to make them as universal as possible” says Katarzyna Rutkowska, President of the Management Board of AC SA. 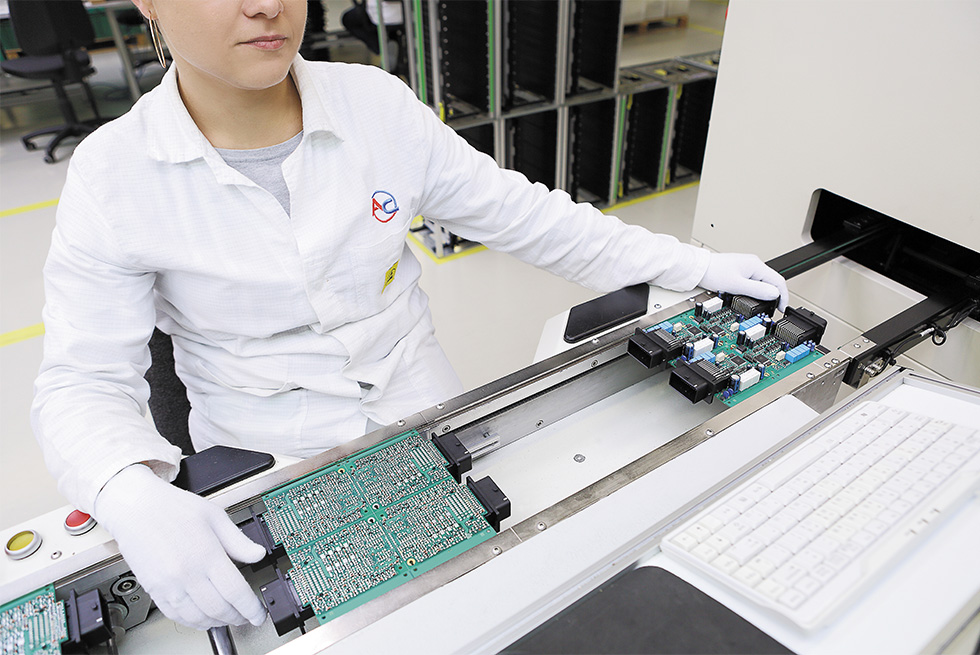 The greatest value of the STAG system is the software developed by engineers, updated every few months, which keeps up with the rapid technical progress in the automotive industry, including mainly new engine models. Thus, the company is able to meet the changing requirements of various sales markets with various technical and environmental requirements, from Siberia to Thailand.

The company’s systems are easy to install because they are created in close cooperation with installers. A well calibrated and installed system results in lower gas consumption. Additionally, various types of mobile applications have been prepared for installers and drivers.

In order to keep pace with car makers, the company spends more than 3% of its turnover on research and development. “We have our own, modernly equipped Research and Development Center, in which we employ over 60 engineers in the field of electronics, mechanics, IT and automation. The efforts of our designers are currently focused, among others on solutions for cars with direct petrol injection, more and more of which are appearing on the market. Soon, we will introduce a patent-pending universal solution using the liquid phase of LPG gas”announces President Rutkowska.

Every year, the Research and Development Center develops several dozen new projects in the field of electronics, electrical harnesses, mechanics and automation in order to modernize and expand the offer. Over 90% of sales are products of own design, which were created in the company’s Research and Development Center. In addition to many harness and electronics projects to meet customer needs, these are mainly modern autogas system components for gasoline engines with direct and indirect fuel injection as well as for diesel engines. This is a relatively new solution in the autogas industry, intended mainly for vehicles that consume a significant amount of diesel oil, e.g. road and water transport, construction machinery, stationary engines as well as tractors and agricultural machines. However, it also provides significant savings in the case of passenger cars, because we are dealing with a dual fuel technology: ON-LPG or ON-CNG. This ensures a reduction in fuel costs of up to 30%, depending on the type of engine. Although you cannot count on such significant savings as in gasoline engines, taking into account the high fuel consumption and the number of kilometers traveled, this solution may be interesting not only for transport fleets. It is also worth mentioning the possible significant increase in power (significant for example for agricultural tractors) and the positive impact on the environment by reducing pollutants, including particulate matter (soot).

The quality and reliability of the product, as well as the maintenance of the same service life and efficiency of the engine, have been tested not only in laboratory conditions, but also during long-distance road tests (over 100,000 km). STAG Diesel has all the necessary certificates and approvals enabling sales not only in the country, but also on several dozen foreign markets, ranging from Ukraine, Russia, Kazakhstan, to Thailand and Japan.

This system can also be used to convert power generators to gas. Diesel gas is a new technology that should be of interest to more and more owners of diesel-powered vehicles, as these cars are increasingly banned from entering city centers.

To meet the needs of the market, where more and more cars with engines with direct gasoline injection appear, a novelty has been developed – a universal LPG system with liquid and gaseous gas injection, i.e. STAG 500 DIS. This system is 100%. gas supply without petrol. “Product approval procedures are now coming to an end. This is the only solution that can be used in vehicles with direct injection engines with a double injector system, which are becoming more and more popular (VAG group, Toyota, Honda). The concept of STAG 500 DIS is completely different from the previous autogas system solutions used by the STAG brand and other LPG installation manufacturers. The product has been patent pending” says Katarzyna Rutkowska. 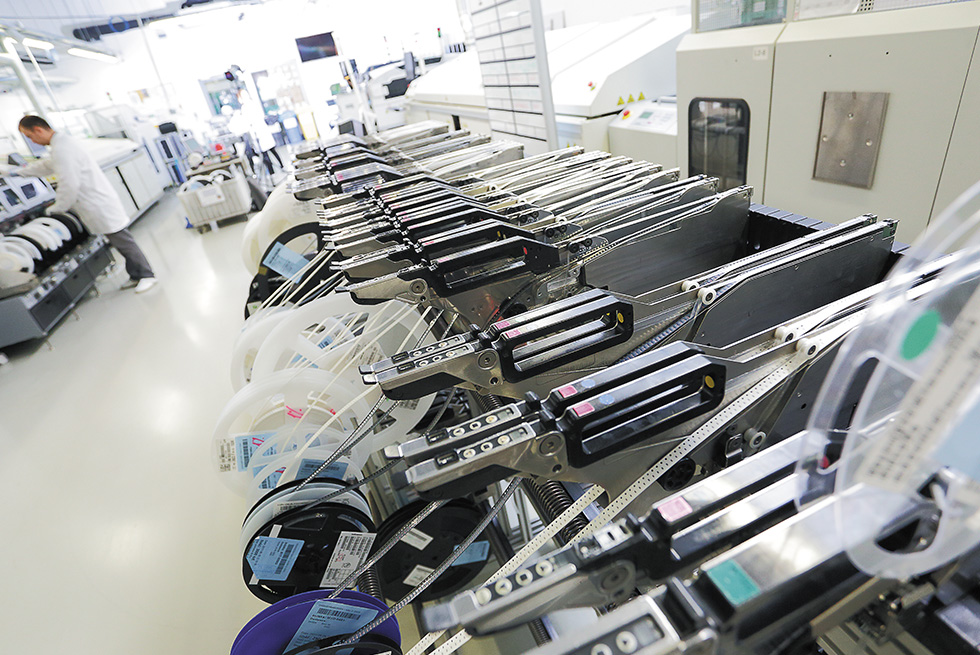 AC in the world

Poland is the third country in the world in terms of the number of cars with a gas installation (over 3 million) and a dense network of LPG filling stations. For AC, the domestic market is important because it generates more or less 40% of the turnover. Development also involves foreign expansion, which is why the company’s analysts are looking for directions where conditions exist for the development of the LPG sector, i.e. a favorable relationship between fuel prices and a network of gas stations. With its offer, AC reaches over 50 markets on six continents and is still looking for more. Such geographical diversification ensures the dispersion of periodically emerging risks, e.g. macroeconomic, political or unfavorable autogas prices compared to conventional fuels. AC puts emphasis on Asia, the shyly awakening Africa or South America. “Of course, we bear in mind the fact that sometimes the market with the potential to spread autogas matures slowly. I mean, for example, many African countries that have access to cheap LPG or CNG and could start saving on transport, but still lack the infrastructure of a network of refueling stations. Taking into account the long-term potential of Latin America, we were the first Polish company to launch our own company in Peru in 2014, and in 2016 we established another one in the so-called the cradle of autogas, i.e. in Italy. It is worth mentioning the assembly of our STAG systems to police cars in several US states, which confirms that these products are economical, ecological and safe. We hope that both in Poland and in other countries, governments and public institutions will be more interested in this form of saving and caring for the natural environment. Poland is a leader in terms of the development of autogas fueling technology and we can offer our many years of experience to many markets around the world” explains Katarzyna Rutkowska.

Do you known...
Activity on the global market always inspires, forces us to face international competition and adapt products to many engine solutions. This undoubtedly stimulates the dynamic development of products and the generation of new ideas. In its Italian subsidiary, AC employs engineers who work on the development of mechanical products. Experience in the field of the needs and technical and technological solutions of products result from the fact of presence outside Poland.
Back to home page
See also 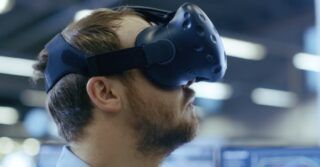 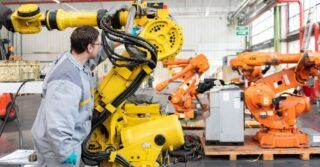 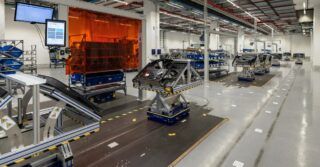 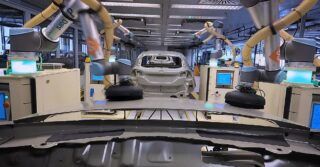 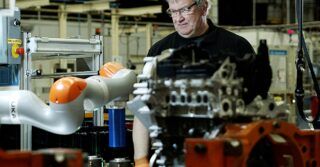 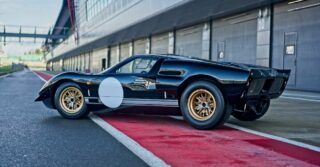