We talk to Włodzimierz Adamski, President of the Board of the ProCAx Association

3D printing is increasingly important in many industries, including aviation. What are the reasons for this?
The reason why 3D technology, also known as additive manufacturing (AM) technology, is now of great importance in aviation is that the production of parts with it is very economically viable, especially in the case of very complex shapes and small quantities of manufactured elements. Incremental technology, commercially known as 3D printing, offers great opportunities in such situations. And that is why it is developing very strongly in the aviation industry. Leading players such as Boeing and Airbus already make a lot of parts with it. It is worth emphasizing, however, that safety is very important in aviation. Therefore, so far, non-critical parts such as ducts, brackets etc. are produced.

Can you tell what percentage of aircraft are currently being produced with additive manufacturing?
It is difficult to estimate. I can only say that quantitatively Boeing has produced 200 different parts for 10 types of aircraft so far, for example in the Dreamliner there are 32 different parts. When it comes to Airbus, the last A350 already has over a thousand parts that were made in additive manufacturing. So the later an airplane is produced, the more parts it has. It is related to the still ongoing scientific and research process, thanks to which we gain more and more opportunities. The more so because safety is the most important thing in aviation, and therefore this process is significantly extended. It has already developed new aviation materials, such as ultem 9085, which has parameters similar to the 2024 aluminum alloy. In the sense that the strength-to-weight ratio is almost the same.

Are these materials related only to additive technology or have they already been used in aviation?
As for the material that I mentioned, it was created for additive manufacturing. In general, additive manufacturing has resulted in the production of a new type of material – titanium and stainless steel, I mean – these are special powders that are later laser sintered. At the same time, the production of plastic parts has developed significantly and they are now widely available. At the next fair, just like the 3D Printing Days in Kielce, you can see a lot of different types of solutions in this direction.

What kind of parts are currently in the aerospace industry manufactured using additive manufacturing? Are these parts rather unmechanically applicable in terms of safety?
This is not what this is about. The thing is that there are so-called critical parts. Such a critical part is, for example, the chassis, the chassis bracket, which works extremely intensively and carries very high loads, as well as various frames. But there are also non-critical parts, such as brackets, that support the fuel, hydraulic and control systems. It is these elements that begin to be performed in additive technology. This is because when using this technology, you can roughly say that with the same strength, we get half the weight. It is very important in aviation.

Then various types of installations, such as icing installations – these are often very complex pipes made of stainless steel. Their way of making them is very difficult, so additive manufacturing is very useful. This is due to the fact that in additive technology we build the structure layer by layer. Therefore, the shape does not matter much, so to speak – the more complicated the shape, the more its production by means of 3D printing pays off. In addition, there are many parts in the passenger compartment that can be made with additive manufacturing. So its development is going in these directions right now. At least when it comes to civil aviation.

So what’s the case with military aviation?
When it comes to airplanes, it is more or less the same, because there is a pilot who needs to be ensured safety. But military aviation is also about drones. And in this case there is already a very large share of additive technology. There are even cases where almost all parts in drones are made with this technology.

In the case of drones, human safety is no longer important. Therefore, manufacturers have followed this direction and a lot of elements, and even entire drones, are made in additive technology.

Why is this technology so good? Is it more effective, cheaper?
I will say this. So far, we have used the so-called material removal, i.e. machining. In this case, we have a lump of material, and we take out the unnecessary material from it, and what remains is the result of our actions. However, we also create waste. In additive technology, the opposite is true. We have the material and we use this material for production without creating waste. This is once. And two, that we can often produce very complex parts that were impossible to produce in the subtractive technology. I mean, for example, bionic elements, but also openwork supports, which were either very difficult or even impossible to produce in the subtractive technology. Now it can be said that the designer, the constructor is not limited. If he wants to make his product, so can he do it. In addition, you can make ready-made assemblies in 3D technology, which cannot be disassembled, but will work – in subtractive technology, this cannot be done anymore.

Can 3D printing replace normal production? In the context of aviation, there is also the question of when can the first aircraft in additive technology be built, if at all possible?
There are already such plans. He predicts that airplanes will be built with additive technology, but that takes a lot of time and a lot of research. This technology will make the planes much lighter. This is a very big advantage.

There is also another plus that we didn’t mention. It is about spare parts. Let me give you an example from the production for the needs of the military: today, in order to conduct military operations, you must have an appropriate warehouse of spare parts. In the case of 3D printing, it is enough to have appropriate metal powders that are easily stored, a few printers and practically speaking while you wait, using a computer and existing models of spare parts, you can very easily make them, e.g. in war conditions. It is very quick and very easy at the same time. In addition, the press and media reported that when we explore space, we would not take ready-made products with us, but would take printers and use them, on site, to use the available material and make the objects, parts, etc. we need. Therefore, this technology is It is in this respect that it is extremely interesting.

Please note that the waste technology as we know it, machining as well as numerically controlled machine tools over the last hundred years, and especially in the last fifty years, has changed a lot. The incremental technology has only been developed over a dozen years. Therefore, in the next several to several dozen years, the possibilities of this technology will be much greater.

What are the biggest limitations to the development of this technology? What are its downsides?
At the present stage, the disadvantage is that some parts take longer to manufacture, as they are applied layer by layer. This problem will be eliminated as hybrid parts will be created. At the moment, the aviation industry already uses such a method that a part of a given element is printed and then processed to obtain greater accuracy.

Currently, as a disadvantage, we can say about the issue of mass production. If we were to do, let’s say, 500,000 pieces per year of a given element, other technologies are now cheaper and therefore more economical. But if we are to do something in a small amount, additive technology has a big advantage here as it does not require additional hardware. The more so because it can be used for the production of parts of this instrumentation, or – going back to the aviation topic – for example more complicated air consoles. This technology is already starting to be used in Poland. Our aviation industry has already taken off and is starting to research and manufacture in this direction.

I was just about to ask what is the situation on the Polish market? What is the difference between?
The research program of the INNOLOT National Center for Research and Development includes funding for Polish companies for research works related to additive technologies. Tooling for sheet metal production is already being made. We also manufacture elements of the sewage ventilation ducts for the Polish M28 aircraft, which is currently undergoing a marketing flight in South America. In addition, it is in Poland that the cockpit with bionic elements is made, and the tests include supports and openwork parts. This research program is already being implemented in our country.

So there is a chance that Poland will be among the group of several specialists in additive technology on a European or global scale?
Let me put it this way: during his first term in office, former President Obama sensed that this technology had a future, and from funds originally earmarked for other activities, he allocated $ 50 million. for the creation of an additive technology research institute. So the Americans sensed the potential that it brings and what benefits it may bring for the American economy. So – looking from our perspective – if Poles follow this direction of technology development, they can achieve success. Because there is a market niche.

This requires an appropriate R&D process to raise additive technology from technology readiness level 6-7 to level 9 as this industry is of interest. In our country, the media often show some scientific studies, boast about what Poles did not do, but forget about one thing. That they show the level of technological readiness, for example 5. And this is not enough. The industry is interested in the level of technological readiness 9. Then the entire process is tested and the technology is ready to start serial production.

This is what to expect in the near future?
Yes, for sure. Indeed, new possibilities have arisen. The same happens in a field most people know. We had tungsten filament bulbs, today we have LED bulbs. And the earlier ones are already disappearing from the market. They are less powerful, with a luminous flux of 1,300 lumens formerly in a 100-watt light bulb, and now in a 15-watt one. So the development of science prepared the fact that in this area we have achieved the appropriate level of technological readiness. And in the case of additive technology, it will be similar.

It is new, it is developing and requires a lot of research. Certainly, however, we will see in some time that not only will it be widely used in industry, but we will also use it ourselves. Because an average Polish family will be able to afford a plastic printer. And if some small parts in household appliances break down, we will be able to make them ourselves and repair the device. This is where the development of additive technology is heading. It is very interesting to observe this process. 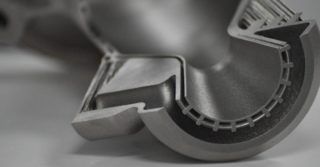 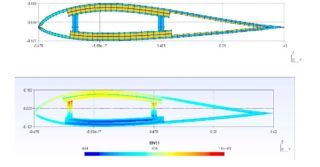 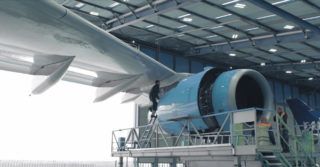 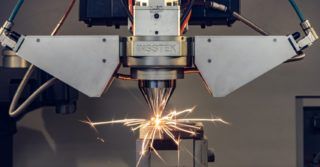 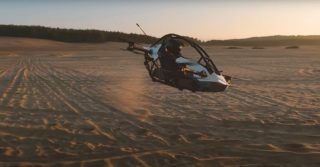 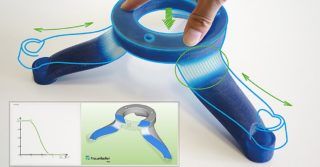